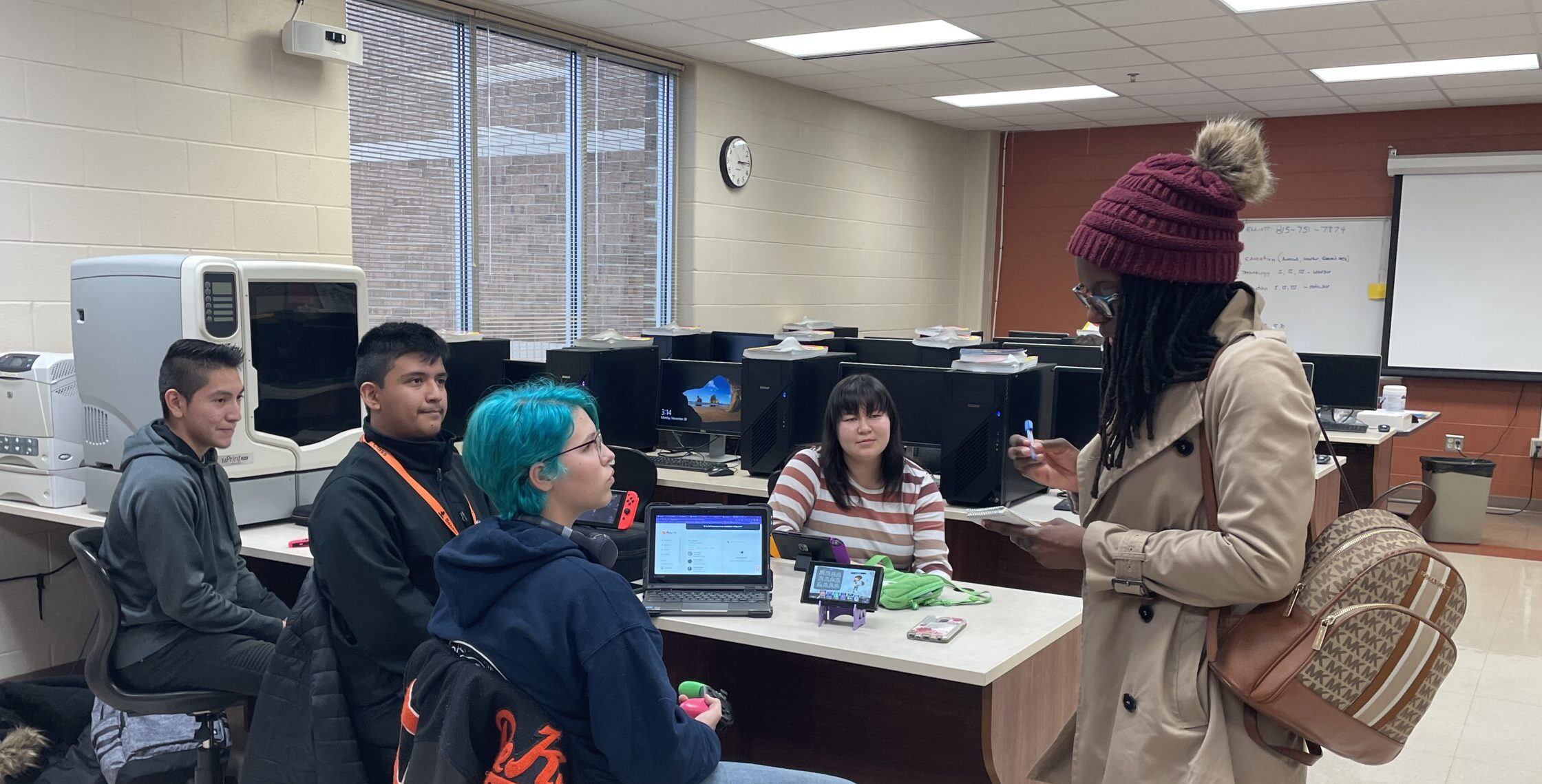 Did you know that DeKalb High School now offers competitive eSports that is sanctioned by the IHSA? More than 30 students participated this fall in several teams, with two teams (Ink Crows playing Spatoon 3, and Team Aether, playing Rocket League) making it to the playoffs this past week. “It was great to have two rookie teams make it to the playoffs, and now we have an idea of the caliber of teams who play at that level. It was a great pilot season,” said Michael Lofthouse, assistant coach of the DeKalb High School eSports team. They are already looking forward to the spring season kick-off.

The Daily Chronicle came and visited the eSports teams a few weeks ago and published a story over the weekend about the program. Sophomore Sammy Walt took a few minutes away from practice to speak to the Daily Chronicle and shared that one of the reasons eSports is a good fit for him is it matches his competitive spirit and gives him an opportunity to compete outside of athletics.